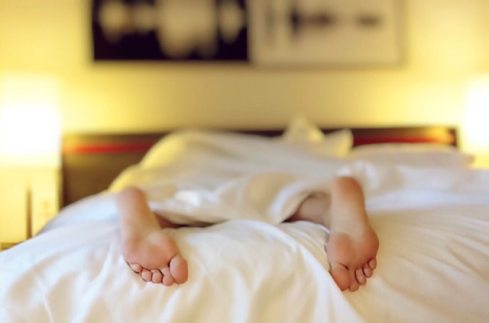 Living in a modern society has caused us to lose many of our instincts:  how to fight off a hoard of killer squirrels; finding north without a compass; even finding north with a compass.  But with winter approaching (here in the southern hemisphere), many of us can still feel that innate call of the wild, that ancient pull of nature – I call it, “the desire for duvet”.

Curling up beneath a fresh, fluffy duvet is like returning to a cocoon, being wrapped up snug as a bug in a… well… duvet.  (Note to self: writing poetry is not the path to my success.)

One thing I love about duvets is just how easy it is to make the bed in the morning.  Pull it up, square it off… perfect.  But when it comes remaking the bed on washing day, the nightmare begins.

For those of you unfamiliar with the process, it looks somethings like this:

(1) Mistakenly put the inner into the cover sideways instead of length-ways.

(3) Put it in the right way but wonder why it’s bunching at the edges.

(5) Utilise all the words you avoid using in front of your children and/or mother-in-law.

(6) Pull inner out of cover again.

(7) Give up, eat chocolate, and put a blanket on the bed instead.

I’ve always believed that getting a duvet inner into the cover should be an Olympic sport.  It takes endurance, strength and emotional fortitude to resist taking to the duvet with a carving knife and lighter fluid.

You can imagine the commentary for this event: “She’s approaching the bed … the cover is in place … she grabs, pulls, and YES it’s UP … not far to go now … oh no, what’s this?  a kitten on the bed! … it leaps … it’s got a grip on the duvet and oh, she’s down… this must be HEARTBREAKING for her to have come so close to the gold medal … she’s not able to finish the event and you can see the tears in her eyes…” 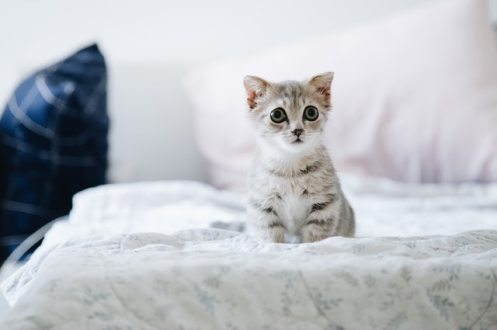 Needless to say, I won’t be winning gold this year, namely because Furry Fang will always sabotage me by jumping on the bed – purring the whole time because she imagines she is helping me.

Despite this, I still think it’s worth persevering with the duvet.  At the end of the day there’s nothing better than jumping into bed and snuggling up warm and snug in the quarter your husband lets you have.

Unfortunately, like most things comforting, there can be a downside (and I’ll tell you what it is shortly).  It’s like chocolate – there is no problem in the world that cannot be solved by chocolate, except cellulite.  Chocolate may make you happy, but it also makes you cuddly.

Anyway, duvets are the same.  Not that they solve problems.  They don’t make you fat either.  But the downside is they can make you sick.  Scientists have recently discovered a condition that they have aptly (but not imaginatively) called Feather Duvet Lung.  And there is one good reason to take this disease seriously – they’ve abbreviated it.  Yes, FDL is here to stay. 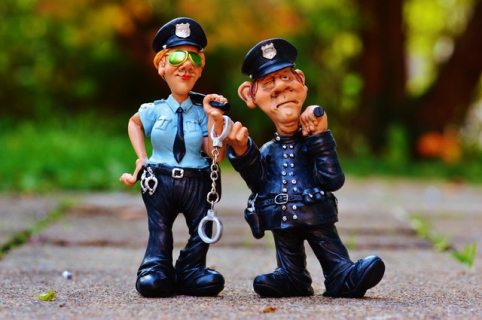 Despite the risk of getting FDL, I will never give up my duvet, especially since it’s actually made of wool.  But let’s save Sheep Fancier’s Lung for another day.

I’m now off to write a letter to the International Olympic Committee.  I want to warn them that if they ever consider introducing Duveting as a sport, I believe that unruly kittens and dubious respiratory diseases would pose too greater risk to contestants, and the ensuing foul language an even greater risk to unsuspecting spectators.  I hope they will treat the matter with the seriousness that it deserves.

35 thoughts on “Death by Duvet”